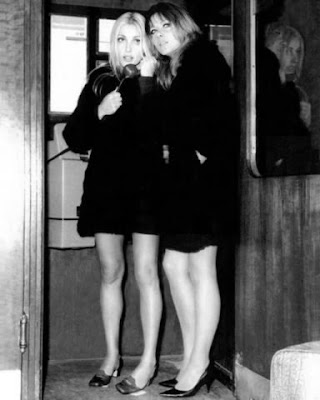 According to Hal Erickson from All Movie Guide:

Ingrid Pitt was born in 1937 in Poland. She survived the war to become a leading actress on the East Berlin stage. She made her film debut in a Spanish bullfighting film, then spent many years playing decorative roles in international productions filmed on location in Spain: Doctor Zhivago (1965), A Funny Thing Happened on the Way to the Forum (1966), Chimes at Midnight (1967), and Where Eagles Dare (1969), among others. Pitt did not attain her "cult" status in films of that nature; instead, she won the hearts of gothic horror fans for her sensuous, stylish work in such films as The Vampire Lovers (1971) -- in which, as lesbian vampire Carmilla, she literally loses her head to Peter Cushing --The House That Dripped Blood (1971), Countess Dracula (1973), and The Wicker Man (1977). Ingrid Pitt is most familiar to televiewers for her performance as Elvira in the 1982 British miniseries Smiley's People.

Pitt has fond memories of Sharon Tate as well:

A photograph which was particularly poignant was a small picture of me with Sharon Tate, standing in a hotel lobby, making a telephone call. I remember the evening well.

I was in Rome to audition for Frederico Fellini. Very exciting! Get a Fellini film and the world was your crustacean. The meeting didn't go well. He said I was too thin and wanted me to fatten up if he was to consider me for a part. It didn't appeal.

Back at the hotel I was introduced to Sharon Tate by the manager. She was so fragile and beautiful it brought out the mothering instinct in me. She had been invited to dinner that evening by a friend of her husband. She asked me if I would like to join her. It suited me. Her husband, film director Roman Polanski, was hot at the time. When we got to the restaurant there was half a dozen blokes with attitude, ready and waiting. Typical macho Italians. They instantly went into mating mode and made a lot of noise and swilled back the wine like storm drains. Very wearisome. By about eleven Sharon and I had had enough. On the pretext of 'powdering ' our nose, we grabbed our coats and rang for a taxi. We were spotted by a journalist who grabbed a picture.

For the next couple of days we 'did' Rome. Sharon was enthusiastic but didn't have a lot of stamina. It was an enjoyable few days. When Sharon left she made me promise that next time I was in Los Angeles I'd call her. The opportunity came sooner that expected. A couple of weeks later I rang Sharon to tell her that I had been invited to a sportscar race in Laguna Seca in Monterey and I asked her if she would like to join me. She didn't fancy it but suggested that I should spend a few days at her home in Benedict Canyon.

That suited me. It would give me another chance to meet her husband.

I had met Roman a year or so earlier at Brand Hatch during a testing session. It hadn't been a good time to button hole him and parade the highlights of my practically non-existent career but he might be more susceptible in a relaxed mood at home. So two days later I dumped my bags in the cool dark entrance hall of her beautiful home and prepared to settle in.

Sharon was her usual beautiful, spaced out self. As she showed me to my room she apologised for the fact that Roman had to go away for a few days. Ah well! You can't have everything. When we were in Rome I had noticed Sharon was in the habit of leaving the door to her room open. I warned her against it but she wasn't interested. She suffered from claustrophobia and couldn't stand having the doors shut. This was carried over to her house. I never saw a shut door all the time I was there. Not even to the bathroom.

The end of the week came and I thought I had better head for home. Sharon and I promised undying friendship and I never saw her again.

About six weeks later the Manson gang turned up at her house and murdered her and her unborn child as well as some of her friends who happened to be there at the time. It was awful. I couldn't bear to think of the suffering of that beautiful woman at the hands of the beasts who attacked her. Sharon really was a paid up member of the 'Beautiful People'. Generous and not an ounce of spite in her.

When I look at that picture of the two of us crammed into a phone box together I want to cry.
On the Official Sharon Tate Web page she tells it a little differently:

Roman was away somewhere and I stayed for about a week with Sharon. She had a touch of claustrophobia and hated shutting doors. Even in hotels. She was a lovely lady. I remember exactly when that photograph was taken. We had been invited to a charity in, I think, Fresno. It was pretty boring so we decided to leave and called a hired car to take us to the airport. Naturally the act of somebody doing something as exciting as phoning for a cab could not be passed up by the paparazzi so......


For it being so many years ago anyone can forgive a few mixed up details. 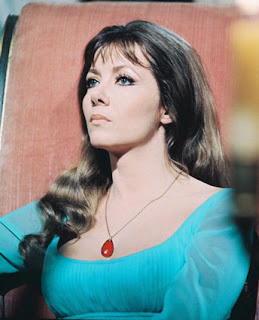 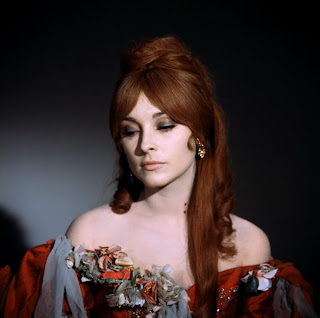 Even though you may not know it, Pitt and Tate share a few things in common:

Ingrid appeared as a vampire in a few films, Sharon in one, "The Fearless Vampire Killers." Ingrid appeared in Hammer films and Sharon played in a comedy spoof of them.

Ingrid appeared in "The Wicker Man," while Sharon was in what is now known as a precursor to that film, "Eye of the Devil." Both deal with human sacrifice in a supernatural way.

Pitt survived the Holocaust as did Sharon's husband, Roman Polanski.

Most who know her and even her fans say that Pitt is "one of the nicest people." This is something many also say about Sharon.

Both Pitt and Tate enjoyed traveling to Italy and spending time there.

If there are any other similarities please feel free to share them.

Please be sure to check out: http://www.pittofhorror.com/

It lists a new film festival she will be appearing at this October!

Posted by LovinSharonTate at 2:35 PM